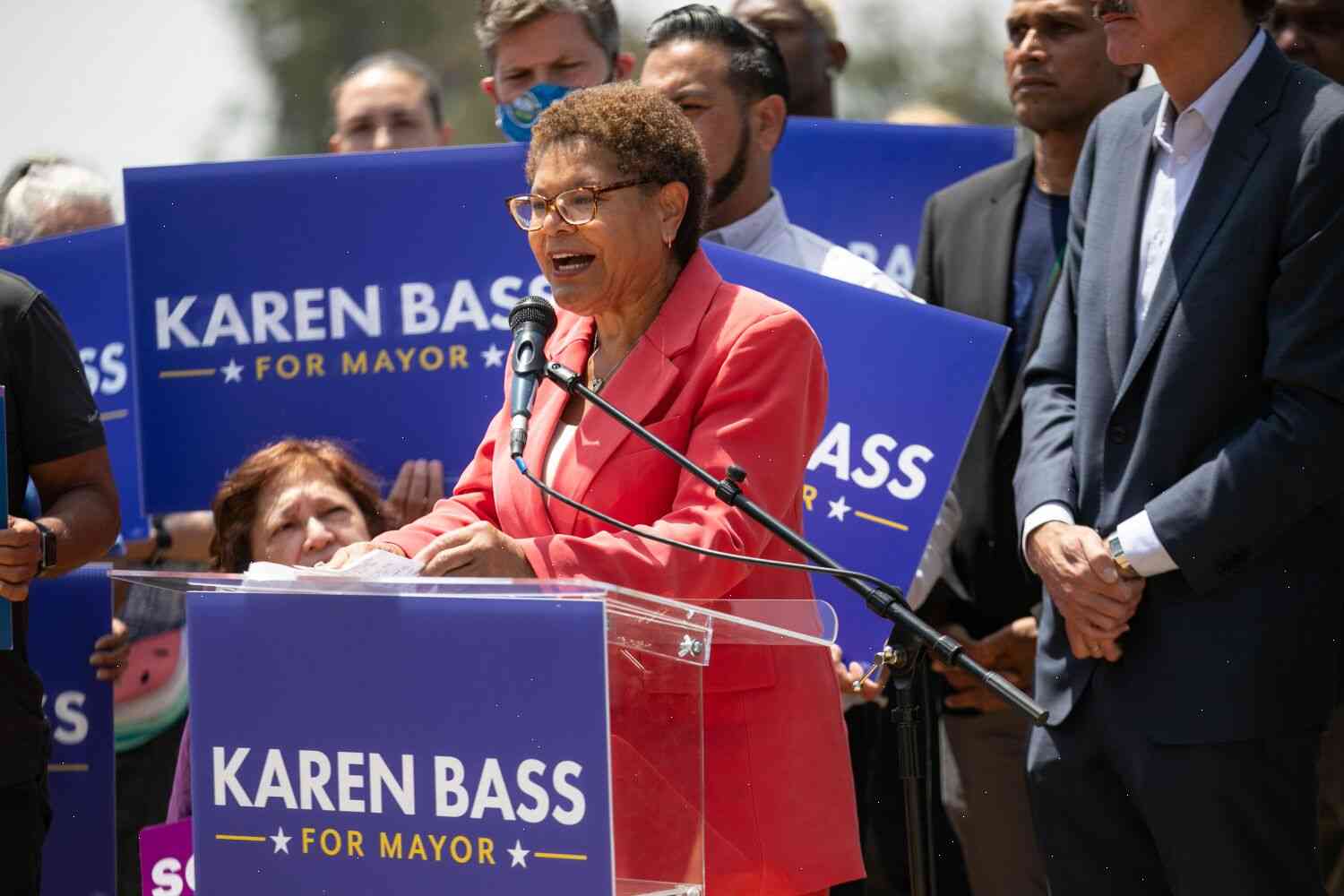 Nicholas Goldberg: Karen Bass says she’ll protect Angelenos’ abortion rights. But can the mayor of L.A. really do that?

Karen Bass: We’re going to look out for women’s rights, as well as, of course, the rights of our residents. And that’s important to us, as well as to the residents themselves.

But this week, Angelenos have a chance to speak directly to the mayor about her commitment to women’s reproductive rights, and the city’s commitment to protecting patients’ rights.

This Thursday, more than 50 community activists and community leaders will gather at City Hall to present Karen Bass with a petition signed by more than 11,000 people calling for her to put protections and guarantees for abortion seekers in her proposed budget.

The signatures are from patients who need care and have nowhere else to go, from community health advocates, labor and environmental groups and from the ACLU.

“We’re not talking about her policy because, by and large, her policy is about the people who voted for her,” Stump said. “She’s not interested in protecting this city from the outside. That’s the first reason why we’re telling her she needs to protect us.

“She’s not interested in making a difference in this city. She’s only interested in the city,” said the former school board president.

L.A. city officials say they want to protect patients’ rights but also maintain that they have no plans to defund Planned Parenthood.

“I fully intend to keep my pledge to protect all people’s access to care,” the City