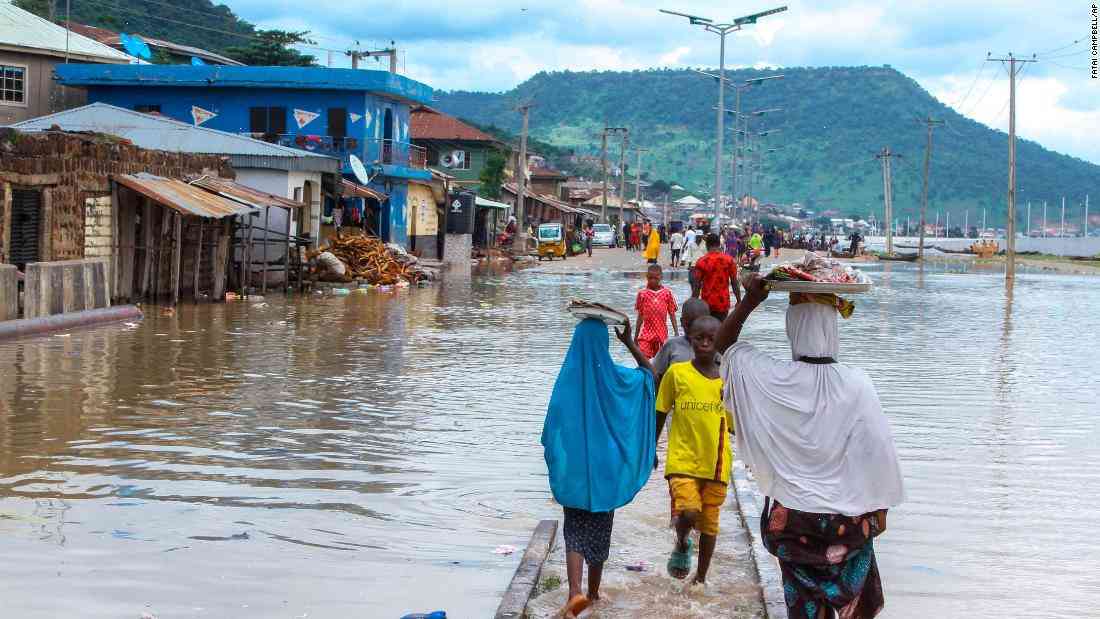 Floods are submerging whole houses in Nigeria. At least 80 have died trying to escape, and more are being held hostage here with thousands still trapped within.

The death toll has risen from seven yesterday to eight, as authorities warn of a possible 10-day-long death toll. It’s feared that as many as 15 million people could be affected by the high water.

It’s not yet clear if the eight bodies are those of survivors trapped within houses, or if others drowned to escape death. Authorities have started to evacuate the five-storey residence of a resident in Nsukka, capital of the state of Kaduna where heavy rains have been reported.

It is the latest example of flooding in southern states of Nigeria, and is being blamed on the heavy rains in those areas.

In addition, the government is now saying that it’s seeking advice on evacuating residents, which they say could include military forces stationed at the area.

It’s now reported that the residents are being held hostage after their houses were destroyed, with one of them trapped inside his house.

Some Nigerians have also reported that soldiers fired on some of their homes to keep the floodwaters out. But we have no confirmation on that.

Nigeria’s President Muhammadu Buhari has declared an emergency in his country, and is asking Nigerians to help with the rescue effort.

Buhari has appealed for military aid to help with the rescue of people trapped by flooding in parts of Nigeria.

The President, according to reports, is asking for military forces to be deployed to help with rescue efforts.

Buhari has said in his tweets that he has directed the National Emergency Management Agency (NEMA) to begin preparing for the emergency declaration.

Buhari said the NEMA was working with the Federal Disaster Management Commission (FDMC), and would also be deploying a Special Operations Task Force (SOTF) to help with the rescue operations.

The SOTF is being deployed because of the rising death toll, and it’s being called on to assist with the rescue.