Carlos Alcaraz: “I always said I was going to win the US Open and then I got to the Open Championship.” 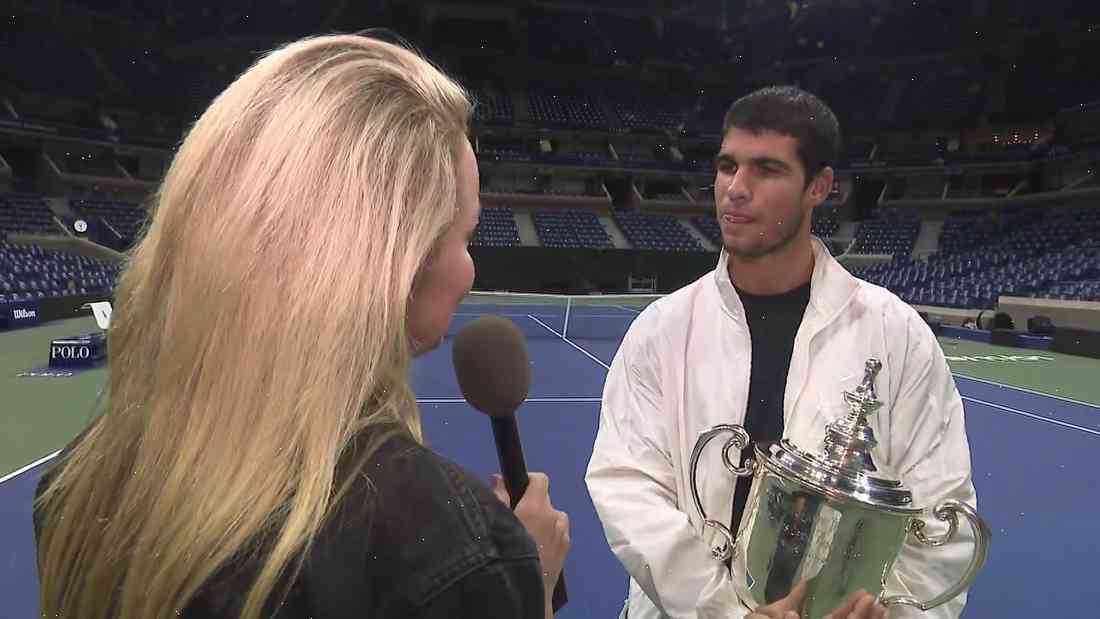 Carlos Alcaraz speaks with CNN after US Open win. In the following interview, he talks about the joys and the struggles of being a young pro.

Carlos Alcaraz speaks with CNN after US Open win. In the following interview, he talks about the joys and the struggles of being a young pro.

NEW YORK (CNN) — After a career that includes three majors and a world championship, 15 USOpen titles, a U.S. Amateur record, and a win on the PGA Tour’s rookie circuit, Carlos Alcaraz hopes no one can accuse him of being a perfectionist.

Alcaraz also said that winning the 2006 U.S. Amateur Championship made the journey to the U.S. Open all worthwhile because, he said, “you really did all that you could do in the US Open and then you got to the Open Championship.”

It was a year when Alcaraz found a rhythm, winning four times and tying for second at East Lake. It may not have been fair to expect him to win every tournament he played, but he was always confident that he could do it. He said that he always would, no matter what.

“I always said I was going to play in majors and no matter how much practice time I would put in in practice, I was going to go home and practice at the highest level that I could,” he said. “That’s what I told myself when I was a kid. After coming up in the U.S. Open, I was a total different guy. You could see that the practice times just took me to another level. I was playing a little more relaxed and it became almost like a practice session every week at my job.”

Alcaraz’s job was to help manage a group of young players at an elementary school in suburban Chicago. He helped kids learn the game by reading the books they picked up behind the golf course.