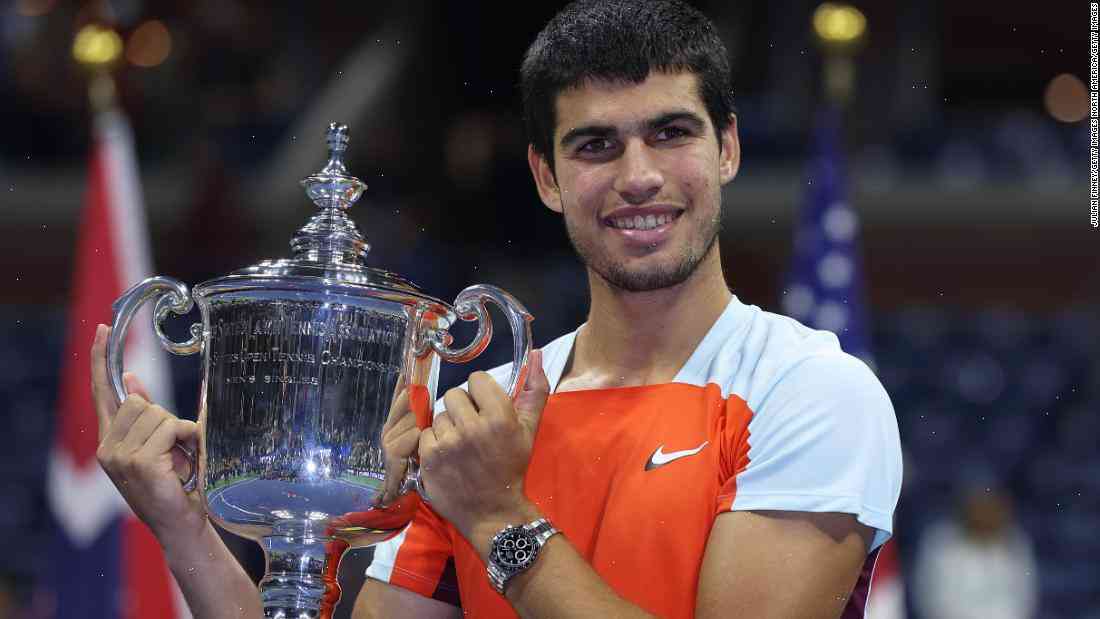 Carlos Alcaraz is well on his way to fulfilling his dream of winning 2023 Wimbledon title.

When the US Open champion first opened his account in March, the Spaniard was all set to get his hands on the tournament’s grand slam glory.

However, he succumbed to rain at the beginning of the third round and was eventually edged out in four intense sets, but he’s since bounced back to the No 1 spot.

He made the final at Wimbledon – despite the rain, he was the first seed to be ousted in the semi-finals – and is now eyeing the same title at Flushing Meadows.

“I started winning matches when I was at the bottom of the tree, but now I’m going to win a major, so it’s just awesome,” Alcaraz told Play for the Match.

“I had a lot of expectations for this tournament, and it’s been a great month. Coming out of the Australian Open, there were a lot of people thinking I got the [Wimbledon] title, but I only won one match and then lost the second. I’m here chasing the title now.

“It’s nice to be in the picture. But I’ll keep the pressure on. I’m not gonna go down easy.”

Having already reached the fourth round at the US Open, Alcaraz will face Kei Nishikori, who defeated him in the quarter-finals in Melbourne, in the semi-finals.

Ahead on the men’s title, the 28-year-old, who has four Grand Slam titles at Wimbledon and the US Open, will be keen to improve his current form at this grand slam.

Alcaraz reached the French Open semi-finals in 2016 but was taken to the net in the fourth set by the world No 10 John Millman, who also happened to be Nishikori’s coach at the time.

Nishikori’s return was on a positive note though, he lost just five games throughout the second set, eventually coming back to make the breakthrough.

“I feel more comfortable here,” he added. “I had a pretty comfortable run [at the French Open] but I felt I wasn’t at my best, and we had to fix that.