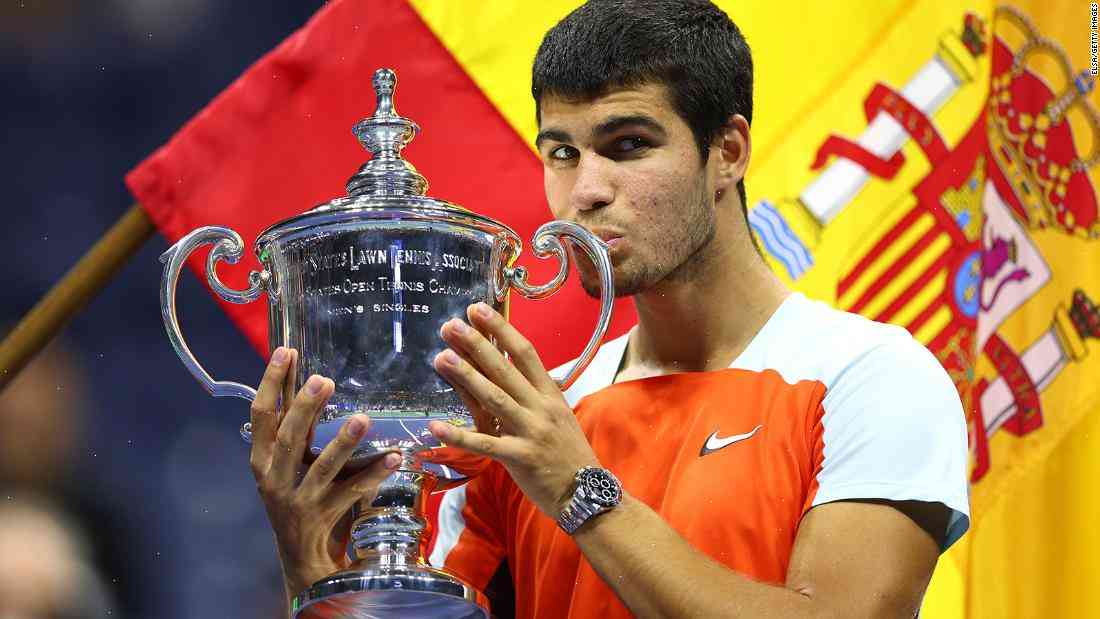 Carlos Alcaraz won the U.S. Open final with a beautiful backhand down the middle of the fairway and it was not quite as close as it looked. He was up by one, and after moving his tee shot to his 10th and 16th, Alcaraz finished with a chip from off the tee, then was the first to the green and made bogey.

But the first hole did not feel like much of a struggle. It was hot in the afternoon but the humidity was not high, and there was always a breeze to help Alcaraz along. He moved to his second and his birdie putt followed to make birdies on the back, but an errant second was not punished by a runner.

But there was one more problem. On his second, Alcaraz went low to the hole in two and hit the ball so far that his driver flew off the tee. He pulled out his 2-wood but it was too far, and he hit a long iron that ran off the edge of the hole before it came up short. He grabbed the ball with a glove before he realized it was a drop shot, and lost his momentum.

Now the most serious problem was that Alcaraz hit his tee shot in the water at the back of the green. That meant he was now going to come in with more than just a putt to save par. He had to make an uphill putt to avoid bogey and win.

And Alcaraz did not make that par-saving putt, although he made a few more good ones. To him it was not the finish of a great tournament. It was simply a difficult one.

Alcaraz would go on to win the tournament and the U.S. Open, and he was one of the most impressive golfers in the world today. I would not even have believed it was possible to beat him in the final with this one shot out of the water, but it was. The final was the first time that Alcaraz had won a major championship on that side of the Pacific.