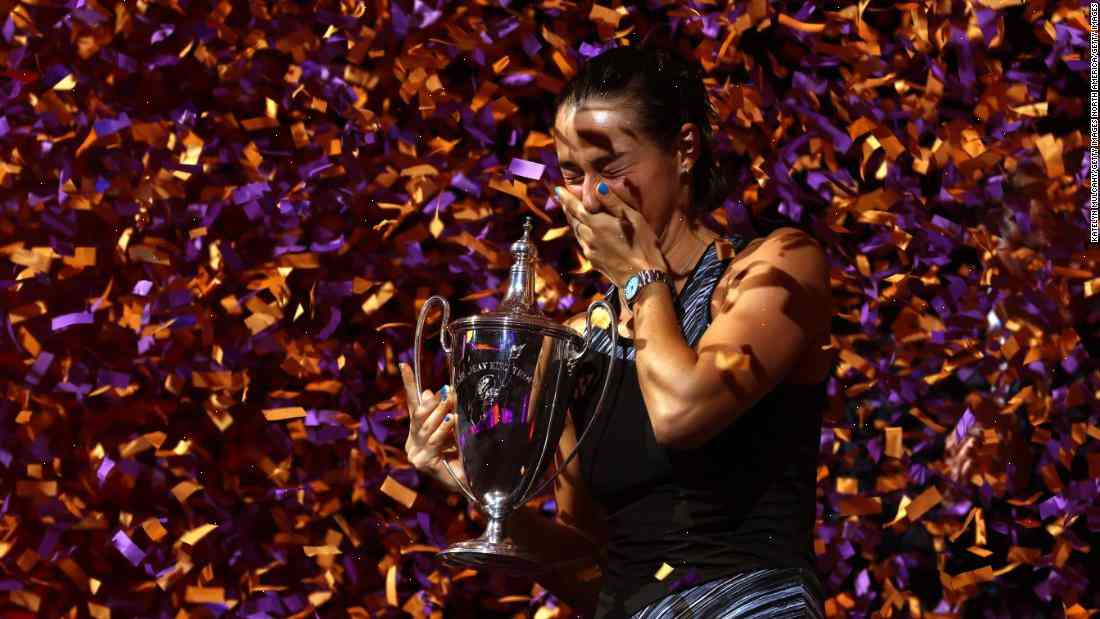 There was a time when Caroline Garcia was a high school runner who, despite finishing 10th her senior year, had never won a track medal at the highest possible level.

While the teenager was having a ball on the track in high school, she would instead be spending most of her time going to practice with her dad, running with a local club in an area just outside of Tampa and going to the gym after school with friends.

All of those activities would lead to her first career win on the WTA in 2016, where she went on to win two junior titles in the 100 and 200 meters.

That year, Garcia said she knew that her personal goal was to win a gold medal in the 100 meters at the 2016 Rio Olympics.

The reality was that it would take six months before Garcia got the chance to represent her country in Rio de Janeiro. That was in November of 2016, when Garcia, a 20-year-old who was playing her first ever match of an Olympics, lost by a large margin to her neighbor, compatriot, and world record holder Ingrid Kristiansen.

It would be more than six months later that Garcia would finally get the chance to do what she said she always wanted to do, and she would be ready to prove to the world that she wasn’t just another second-year member of the Rio 2016 Olympic Team.

A few days before the start of the WTA Finals on Aug. 29, Garcia would be finally standing on the podium after her greatest achievement in 2016.

And while it would be four years before she would add to her record, as far as Garcia is concerned the title, the gold medal, the medals and the honor, would all go toward nothing more than the memories she will have while watching from afar.

“The biggest of my victories is to have that medal on my wall,” Garcia said. “There’s nothing like it.”