Novak Djokovic to return to Australia after serving monthlong ban 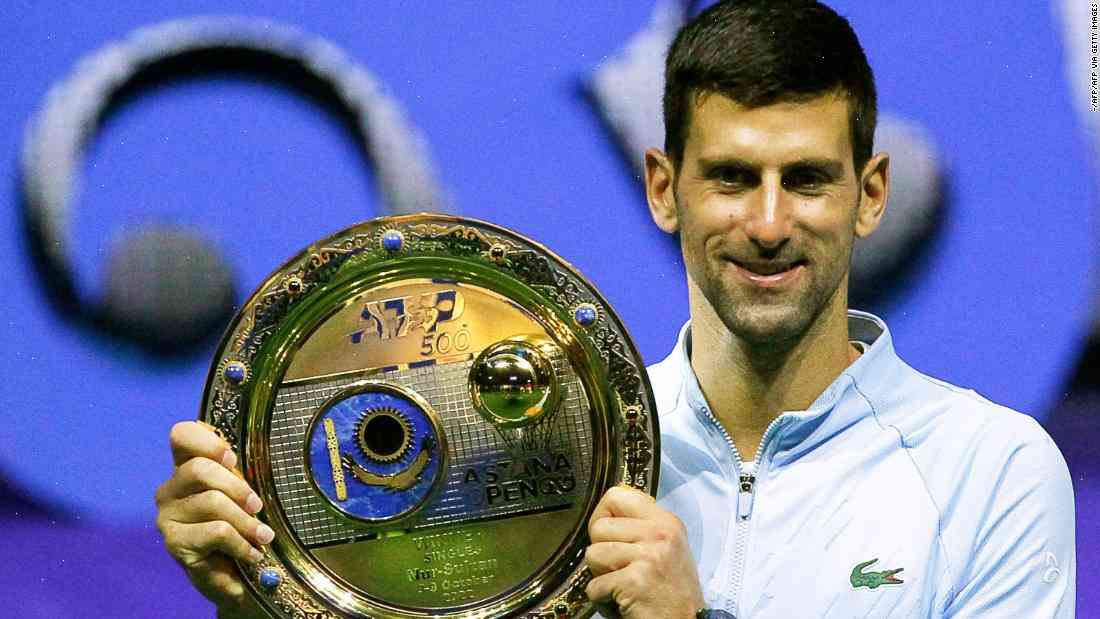 World No. 1 Novak Djokovic on Monday announced he would return to Australia and tennis after serving a monthlong ban because of the US sports agency USTA alleged he used performance-enhancing drugs.

Djokovic had been banned from playing in Australia for two years after winning a $6 million bonus in October 2010 that he said came from a drug-test ban by the USTA.

The ban caused him to miss the first part of 2013 before being allowed to play in Brisbane next month.

“I would like to thank you for all the support and I will continue to be the same No.1 player in the world without a doubt,” the world No. 1 said in a statement.

“I feel amazing, I feel my best tennis is ahead of me and I would like to continue with my tennis until the last day.

“I have nothing but love for Australia, my teammates, my family in Serbia and my fans.”

Djokovic’s statement came as the Australian government said it was seeking a quick, amicable resolution to a long-running dispute with the International Tennis Federation over the eligibility of the world No. 1.

Under Australian law, Djokovic would not be allowed to play in Australia until Friday or Saturday, while the I.T.F. said it would decide whether to refer the case to a judicial body.

Australia’s chief minister, Julia Gillard, said she would lobby the I.T.F. and World Anti-Doping Agency to help resolve the dispute within four weeks.

Gillard also met with US Secretary of State John Kerry on Monday in New York.

Gillard has been under pressure from the tennis public to solve the dispute.

A number of Australian players have expressed confidence Djokovic would play in Australia before the end of the week.

Djokovic’s statement came after a tense day of phone calls between him and the I.T.F., USTA, Australian and Australian government officials and the Australian Olympic Committee.