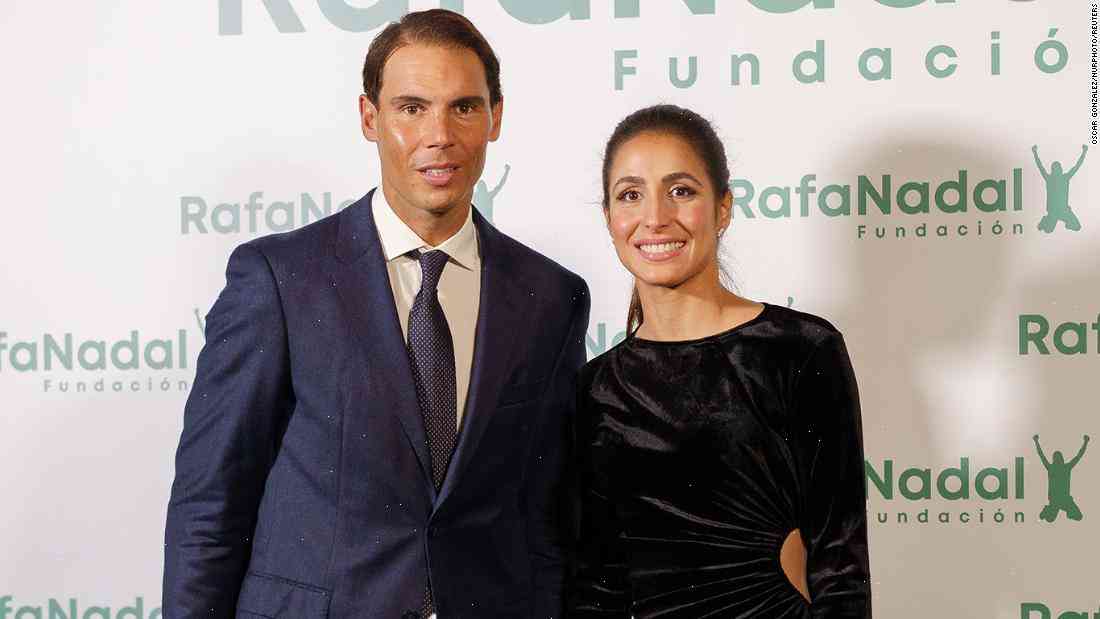 Barely two months after welcoming a son, Spain’s Rafael Nadal has said he and his wife Camila Vassallo “are very well” after giving birth to daughter Beatriz.

Nadal and Vassallo, who married in 2015, told friends that they were in good spirits after news of the arrival of the baby was broken during a visit to the local hospital.

The 29-year-old told publicist Jordi Savall he, his wife, 17-year-old son Xavier, and Vassallo’s brother Carlos had made the long journey to Hospital Clínic in Spain’s Basque Country for the birth of their second child.

“We are very well now. We had a great time. Xavier is happy and is sleeping. We are very happy,” the former world number one told Spanish television channel La Sexta last week.

Nadal then added that the baby would soon be baptised in his homeland.

Vassallo, 26, said: “We are very happy. What we wanted to do was not just to give birth to a child. The journey we had together was great. The happiness and the happiness for me, for all of us, is the new little one.”

Speaking two days before the birth of his second child, Nadal said he felt “extremely good, healthy, happy and strong” after taking on the three-time Grand Slam winner in the round of 16 at Roland Garros.

“There is a really good energy here in the tennis camp, because we are here for two weeks,” he added.

“The team has a really good feeling, for sure. I was in good spirits and my energy is good.

“[I’m] very excited and happy to have the baby, but I have to say that my body was not 100 per cent. I had some cramps before the match and