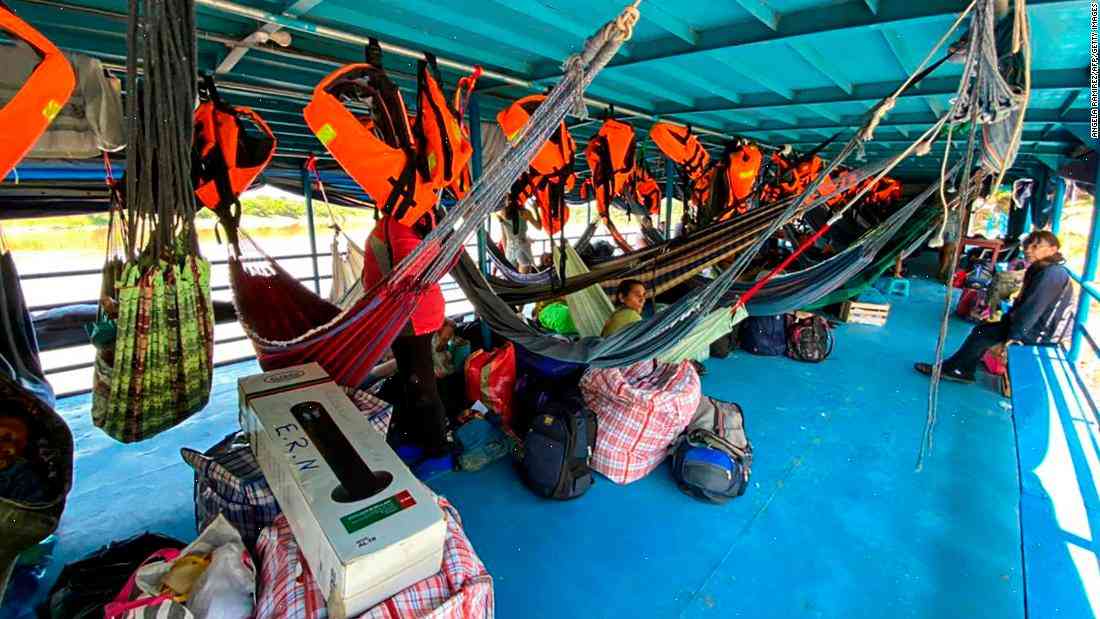 An Indian activist holds a hand over his mouth as he holds an indigenous group member from the Kichwa tribe by the arm, who was being held following Thursday’s clashes with police in the remote region of Saraguro, in the Peruvian Amazon, Friday, Nov. 11, 2014. Two indigenous groups have occupied the remote Kichwa region of Peru, a part of a sprawling Amazonian landscape that has been ravaged by weeks of protests over the burning of hundreds of thousands of acres of forest and by oil pollution spilling out of an oil drilling camp, threatening thousands of native families. More than a dozen people have died in what has become an international scandal that has shaken a small coastal Peruvian tribe, already known for its resistance to oil company operations. Two indigenous groups have occupied Saraguro, a part of the Kichwa tribe, following a series of clashes with police as well as a series of protests around the Amazon region. The indigenous group, from the Kichwa tribe, has been holding people hostage in an attempt to prevent oil drilling operations, which some people fear could contaminate their village. A Peruvian police officer carries a child away after clearing a street and an indigenous group occupied a building in a Kichwa village, Sunday, Nov. 13, 2014, in Saraguro, Peru, following weeks of clashes over burning of hundreds of thousands of acres of tropical forest and the oil drilling operations on the Peruvian coast.

A supporter of environmental activist Berta Cáceres stands with her son in front of a police roadblock, after Cáceres’ caravan was attacked by protestors, in Lima, Peru, Sunday, Nov. 3, 2014. Berta Cáceres, a prominent indigenous rights activist, is leading a blockade of roadblocks and other measures in Peru to prevent oil drilling in the Amazon rainforest. More than a dozen people died