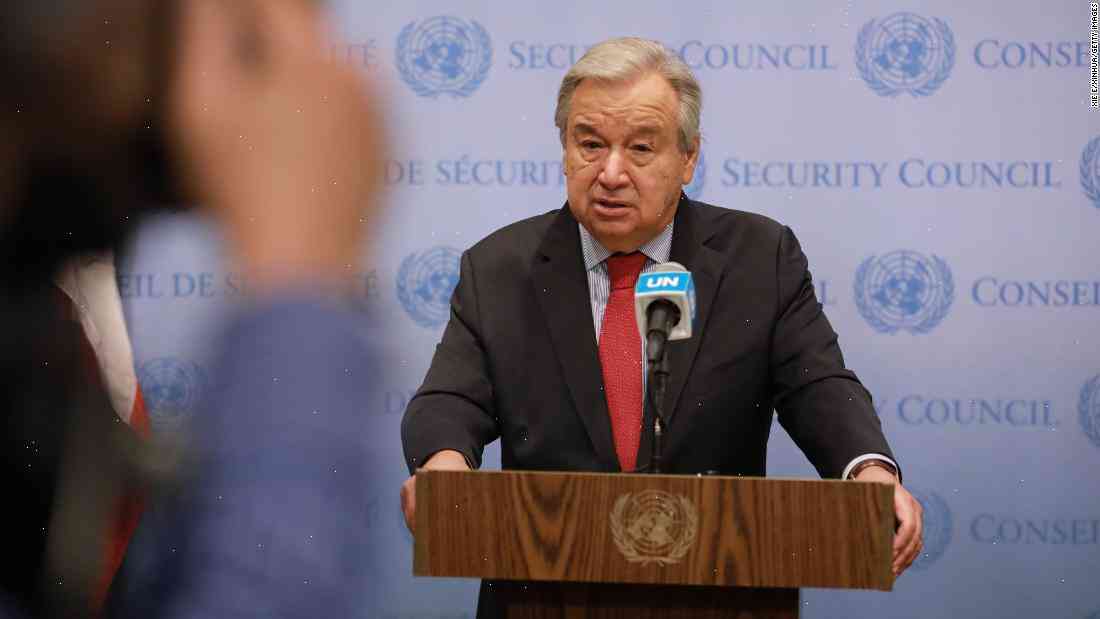 As violence spreads across Haiti, United Nations Secretary-General Ban Ki Moon warned of a potential humanitarian crisis as the country faces an “unusual period of violence” and urged nations to assist.

The UN chief held a phone call on Thursday with Prime Minister Guiseppe, who has called for a multinational intervention force from countries including Canada, the United States, Britain, Italy, Australia and others to help stabilize Haiti, which has endured more than a year of turmoil.

“We are calling on governments to take action to support the people of Haiti when the first shots of violence have been fired. We are also deeply concerned at the level of violence and the lack of respect for human rights,” Mr. Ban said in a statement.

The secretary general stressed that the UN wants a “constructive dialogue” to take place to help bring an end to the violence.

“We call upon the international community to play a constructive role in reaching agreement on a sustainable political solution to the political crisis in Haiti,” he said.

Haiti has been facing an increasing humanitarian crisis after a violent earthquake struck last year, leading to food and water shortages as well as rising food prices, according to aid agencies.

A UN report released in February said Haiti is facing an “extension of humanitarian needs” due to the “unusually high level of violent crime.”

Haiti’s Prime Minister Laurent Lamothe said Monday that he was considering sending reinforcements to Haiti, including troops, to help secure the country and help residents who have become trapped by the raging chaos.

The UN chief, however, remained cautious. “If the first shot of violence is fired here, we will have no peace, and this will spread to other areas of the country,” Mr. Ban said.

The United Nations Security Council will hold a meeting on Friday to discuss the unfolding crisis.

At least 200 people have been killed in Haiti this month, although the exact death toll could rise to more than 300.

The latest report out of Haiti says that between July 2 and July 8, at least 2